By the Amazing Author and all around nice guy 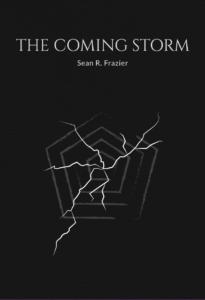 The Realm has been torn asunder. With the forces of Chaos having overrun the land, besieging cities and infesting them, Cor’il and his friends know the truth—that history has been a lie, that balance must be restored, and that it will all get worse before it gets better.
Magic has returned to the Realm, and not just for the Threadweaver to command. Threadspinners of every variety have emerged, using magic with neither skill nor knowledge, and adding to the chaos. Meanwhile, the Red Swords hunt all magic-users, determined to scour them from existence.
Can Cor’il and his friends restore balance before the Realm erupts in strife and destruction? And, if so, what happens from there?

The Coming Storm is now available. I read the first book in the series,  The Call of Chaos. I’ve been bugging Sean about releasing the next in the series ever since.

I’ve already pre-ordered it myself, but if you haven’t, just click the cover or go here.

I did an interview with Sean several months ago. You can find it here.